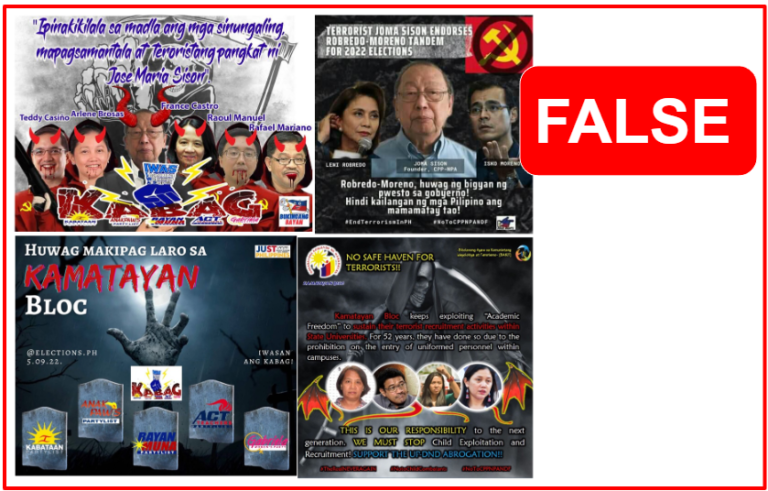 The NTF-ELCAC, a well-funded national task force to fight terrorists, is using public funds for a years-long social media campaign to identify opposition politicians as “communist terrorists.”  Fact checkers have proved these claims false, and Facebook took down elements of this network in 2020.  However, it has thrived and expanded since then and is shaping the current national election on May 9, 2022. 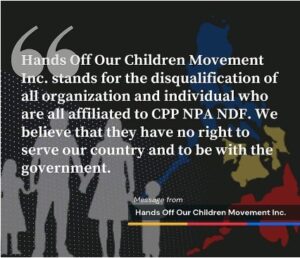 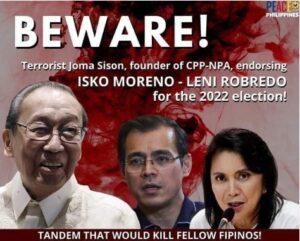 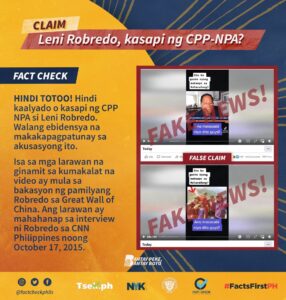 These combined attempts to manipulate, distort and polarize the online political conversation in the Philippines should be viewed in the context of the upcoming presidential election, the extensive use of “troll armies” in the 2016 presidential election, the current effort to rebrand authoritarianism and the Martial Law period of the Marcos regime in a positive light, and the government’s red-tagging of opposition voices, arresting of journalists, and extra-judicial killings.

The HOOC network’s main goal is to identify politicians as suspected Communist Terrorists and urge people not to vote for them. The massive amount of content and activity are intended to create the impression that there is a lot of evidence that these politicians are communists and that not voting for them is the only way to save the country and to prevent children from being recruited into a death cult.

It is primarily a distribution network. The main activity we see trolls perform is creating and sharing content to many pages that are dedicated to this red-tagging content.  There is almost no commenting activity performed by the trolls in this network.

HOOC is our name for this collection of accounts and pages that spread political-based red tagging. This is not the only activity of the NTF-ELCAC, and some social media pages that belong to the NTF-ELCAC actually report on communist rebels that have surrendered, and programs that help towns that are “terrorist-free” and to rehabilitate surrendered terrorists. We have not included posts and pages related to these goals in our analysis. For example, the Philippine National Police local pages usually share content from the HOOC network, but they mostly share non-political content, and we don’t count that as part of the red-tagging network we are investigating.

We use several third party tools in our research and evaluation of trolls. We use the image search tool TinEye to determine if the profile photo is unlikely to belong to a real account because it is widely available on the internet, is a celebrity photo, or a stock photo. We use Copyfish to extract text from images, and we use Google Translate to translate the text from images and comments.

HOOC: an abbreviation for the “Hands Off Our Children” movement, which claims to represent parents whose children were recruited to the CCP-NPA by the party’s “front organizations” operating in schools.

NTF-ELCAC: The National Task Force to End Local Communist Armed Conflict. President Duterte sits as its chairperson, but its policies and activities are overseen mostly by vice chairperson Esperon. It has an enormous budget, no accountability, and is the government organization that is funding the red-tagging activity.

CPP: The Communist Party of the Philippines, founded in 1968 and recognized internationally as a terrorist organization.

NPA: The New People’s Army, the armed wing of the Communist Party of the Philippines. The NPA is one of the key figures in the ongoing communist rebellion in the Philippines.

For a detailed background on the red-tagging situation in the Philippines, we highly recommend this report by US-based Digital Forensics Research Lab (DFRLab) that describes the first HOOC network that Facebook took down in 2020.

All the details on the fake accounts and coordinated authentic behavior are in the report below.